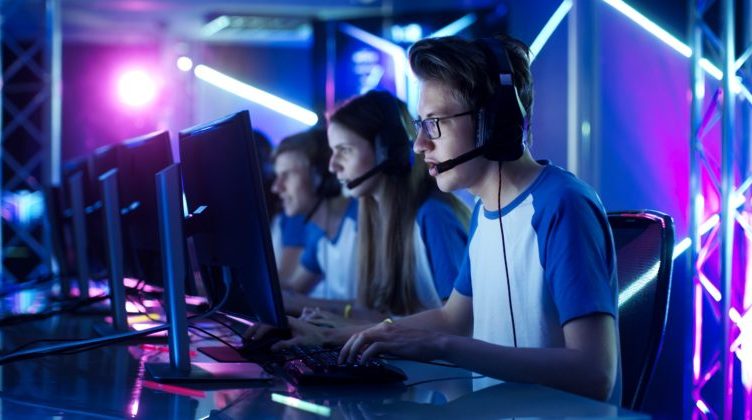 Nothing draws gamers together like a little friendly rivalry. Whether it’s World of Warcraft or the latest Mario Kart release, these games foster incredible levels of community and cooperation. The VR online gaming obsession has sparked some of the world’s most intense competitions, and it’s only getting bigger.

In 1968, a computer pioneer and inventor, Ivan Sutherland, forged the Sword of Damocles. It was a head-mounted device that can effectively be claimed as the first VR headset. Four years after its launch, students at Stamford held the first-ever computer game competition, with the tournament winner earning a free subscription to Rolling Stone magazine.

Many companies are stepping forward to organise VR online gaming competitions these days. For example, J MediaTek has collaborated with JIO, and they have developed a product called ‘Gaming Masters’. It is an esports competition. The games will provide a platform for novice and seasoned online gamers in India. The tournament would be a 70-day esports event, and the announcement came just after JioGames’ completed the first online gaming competition, “India ka Gaming Champion”.Gaming Masters is a grassroots initiative spearheaded by MediaTek and Jio to bring Internet gaming to the masses. The event is set to test the skill of the gamers in a virtual gaming environment, alongside their endurance and team compatibility. The competition comes with prize money of Rs 12,50,000. The complete competition will be televised LIVE on JioTV HD Esports Channel and YouTube.

Online gaming, on the other hand, is a completely new topic that must be addressed. Since the online and competitive popularity of games like Dota 2, League of Legends, and Counter-Strike: Global Offensive, more and more firms are looking for a more competitive approach in their multiplayer aspects of the games.

To increase the popularity of their games, a lot of online gaming businesses are turning to competitions.

What is VR Gaming?

Virtual reality in gaming refers to integrating virtual reality (VR) or augmented reality technology into the new generation of computer and video games. The use of such technology gives players a near authentic first-person view of the game’s environment. In addition, VR gaming gear and accessories, such as VR headgear, sensor-equipped gloves, hand controllers, and others, allow participants to experience and impact the game world.

Esports teams compete in video game leagues, the same as basketball teams compete in the NBA and against each other. Companies like Major League Gaming (MLG) and the Electronic Sports League (ESL) organise league competitions (ESL). The North American League of Legends Championship Series, the Call of Duty World League (organised by MLG), and the Pro League are all examples of leagues (organised by ESL).

The future of esports or a passing phase?

Virtual reality Online Gaming Events already exist. However, depending on whom you ask, the significance of these factors varies. Some believe that, like the expanding importance of mobile, a move into virtual reality is an unavoidable next step that will happen when not if.

The ESL has developed a league dedicated to virtual reality online gaming, indicating that the event organisers are serious about the notion. However, when esports fans examine that league, they can see why its evolution will most likely follow traditional e-sports.

Could VR Online Gaming Be the Next Cricket of India?

India was not a cricket-loving country before 1983. The triumph in the World Cup shifted people’s mindsets. Cricket is not just the country’s most popular sport, but it is also the sport for which India has produced world-class players throughout its history. With greatness and publicly available excellent performances comes a yearning for glory and respectability. This is when the streaming feature comes into play. The streaming sites demonstrate to Indians that competitive Online Gaming Tournament is comparable to cricket, football, tennis, and chess. India is still waiting for the list of games included in the Asian Games 2022, which will occur next year. Counter-Strike: Global Offensive and DOTA2 are likely to be picked as popular Esports titles.