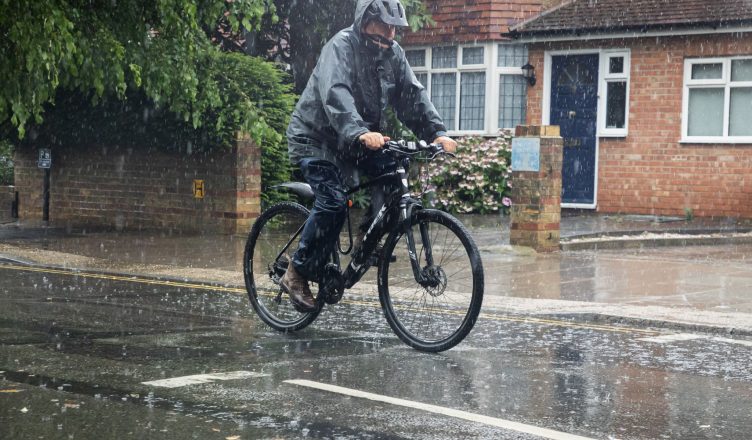 Everything has its own challenges. Many people commute by bike for many years without any serious problems.

I had prepared a list of the problems I face frequently during my rides but I felt they were not common to most cyclists around the world. To get a worldwide view, I requested a cycling community on Facebook about the challenges they face. Most of the problems they spoke of are familiar to me.

This post is to encourage you to know that the problems you encounter are not unique to you. If other cyclists survive through them, you too can survive.

I write articles on other topics too.

Dogs Wandering on the Road

It is tough as a cyclist to ride past dogs that wonder on the road. The dogs are unpredictable and there is a high chance that you may hit one. Most of these dogs are stray dogs.

Drivers who are reversing from driveways block cyclists. Sometimes they see you but ignore and other times they don’t even know you are approaching. If you are at a high speed, you may easily crash into them.

It is very sad to say that some drivers have no regard for cyclists at all. I have seen drivers who will not move an inch when you ring your bell. According to them, a cyclist is a poor man who cannot afford a car. Some even feel cyclists should be removed from the road.

Riding a bicycle with an upright sitting position against the wind is challenging. Unfortunately, you cannot switch off wind. It is a natural occurrence and it must blow. Therefore, prepare yourself in case you have to ride against headwinds.

Pedestrians who walk with headphones are a challenge to deal with. The headphones block external sounds, which means the pedestrian cannot hear your bell. In most cases, you have to slow down to avoid hitting them.

Other times the pedestrians realize there is a bike behind them too late and as they try to move away from the road, they move into your path. I have heard stories of cyclists who knocked down pedestrians who had earphones on.

Arriving at Work in Bad Shape

Commuting is fun but in most cases, you arrive at your place of work in really bad shape. Sweat, dust, running nose, smelly socks etc It takes time before you recollect yourself and sit in the office. If you have a meeting immediately you arrive at work, that is a massive problem. You have to gamble between being late for the meeting or going for the meeting in bad shape.

This is one of the biggest bike commuting problems. Cyclists have died at roundabouts. But why are roundabouts so dangerous? First, roundabouts do not have cycling lanes. This means that you have to use the main road.

Secondly, there are many cars on a roundabout, which makes a cyclist almost invisible. Immediately a car blocking you moves out of the way, the other driver sees you but he can’t dodge you because there is nowhere to turn. If he brakes instantly, he risks being hit at the back by other cars following him. Knocking you down is the easiest option.

At the roundabouts, cars accelerate faster than cyclists do. If you are if front of a car, chances are that he will hit you. There is little space to overtake you. To be safe, avoid riding at roundabouts. Cross the road with pedestrians.

Being a cyclist means you have to face the fumes coming from cars. These fumes blind you temporarily. You may easily veer off the road if you do not see where you are going to. Also, the fumes cause respiratory diseases and general discomfort.

Drivers will often hoot at you or even insult you because of their impatience. In case you stop at a red light, the driver behind you may hoot at you to get out of the way even when you have the right to use the same road.

Cycling up a climb is challenging. If you live in a hilly environment, you will often struggle to climb the hills. Sometimes you may be so exhausted and yet you have to climb a hill. Some people even cancel commuting with a bicycle because of the hills.

Rain is a huge problem to cyclists. You may have a waterproof bag and jacket but riding in the rain has never been easy. The road is slippery, your brakes lose traction, tires throw water in your eyes and so many other issues.

Other times, you may opt to wait for the rain to die down but it keeps raining for hours. It may cause you delays. Rain also affects visibility, which means drivers can’t see you well. At the same time, drivers do not expect to see a cyclist on the road when it is raining. Rain poses a huge risk to bike commuters.

Some roads have potholes that make them dangerous to ride on. If you hit a pothole, you risk breaking some of your spokes. The tire might move to the side and in worst cases, you may fall from the bicycle. Be careful.